← more from
Earshift Music
Get fresh music recommendations delivered to your inbox every Friday.
We've updated our Terms of Use. You can review the changes here.

by I Hold the Lion's Paw 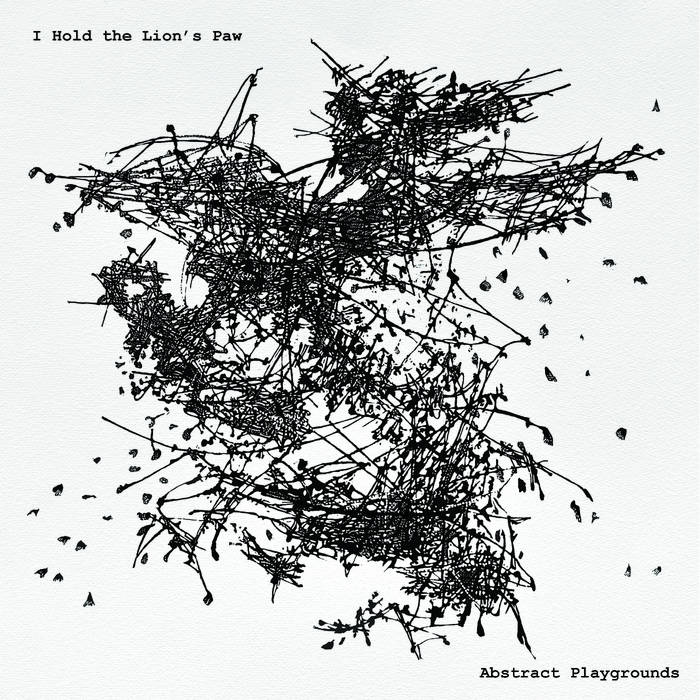 Led by trumpeter-composer Reuben Lewis, I Hold the Lion’s Paw (IHTLP) is an eight-piece collective that features some of Melbourne’s most exciting musicians. The music is born out of an organic cross-over of afro-beat, jazz and outré electronics. Expect to hear as much as electro-acoustic noise, slowly evolving soundtracks, afro-beat inspired grooves and psychedelic free jazz.

The album was produced by Reuben Lewis and edited by sound-artist Mark Shepherd, who assembled a day of live jamming in the studio to prepare material that would later be dissected, abstracted and re-composed into a single-take long-form improvisation and an electro-acoustic remix. Originally conceived as an LP in two chapters, side A is an unedited studio take performed without any pre-planned structure or set-list. Side B reimagines the IHTLP concept through an interconnected series of electro-acoustic pieces.

“Their debut album is a beguiling stew of afro-beat, jazz-rock-inflected postbop, and electro-acoustic noise – and on a deeper level, one of the richest, most insightful examinations of Miles Davis’s early 1970s work that I know.” – Andy Hamilton, The Wire: Adventures in Modern Music

“The presence of afro beat vibes – both in terms of melody and energy – transforms the dark broodiness of the Milesean bitchy brew into something else entirely: I Hold The Lion’s Paw. It’s only March and Abstract Playgrounds is a possible contender for my album of the year.” – Joseph Cummins, Loud Mouth E-Zine

“Is this exactly where jazz needed to have ended up in the year 2018? Future-primitive grooves – there are echoes of Radiohead, what Robert Plant is doing in rock and Sydney’s 20th Century Dog are doing in jazz. It is an exhilarating spirit that moves this collective, taking the best from the past, and from the future and grafting them to the present.” – John Hardaker, Words About Music

“Danceable, infectious, and the inevitable deconstructions are subtle – ★★★★” – Eric Myers, The Australian

“More likely was the feeling of having stumbled into someone else’s LSD trip. Their aptly titled Abstract Playgrounds album is highly recommended.” – John Shand, The Sydney Morning Herald

“Abstract Playgrounds conjures its own unique rhythmic universe, spurred on by an unfettered belief in improvisation and group dynamics. It’s a high-wire act, made possible by the fact that IHTLP is awash with first-rank improvisers.” - Des Cowley, AustralianJazz.net

(outtakes from the) sets the tone for what’s (possibly) to come. A muddy, gloriously chaotic mass of sound evocative of the blues with a “Live Evil” twist.

Snake Charmers' Convention was initially inspired by the Jogi Snake Charmers of Pakistan's Sindh province. Having been converted to wax, transported to Preston and played through an old turntable, it’s safe to assume that a few fundamental principles of the folk tradition were lost in translation.

Shithead is dedicated to the loved ones past and present who we rely on to keep ourselves healthily unstable. You know, the ones who first introduced you to albums like “On the Corner” or “Zombie”.

(intakes from the) Snake Charmers reprises and reinvents the opening themes from Side A in a manner that is best described by imagining Ry Cooder in a thunderstorm.

Deleuzian Lawn Bowls “Here we have made use of everything that came within range, what was closest as well as farthest away. We have assigned clever pseudonyms to prevent recognition. Why have we kept our own names? Out of habit, purely out of habit. To make ourselves unrecognizable in turn. To render imperceptible, not ourselves, but what makes us act, feel, and think.” (Gilles Deleuze & Félix Guattari)

Forest Song takes inspiration from the Yelli songs of the Baka women in the south-eastern rain forests of Cameroon. However, this particular sonic representation of a lengthy obsession with their music more closely resembles a “Deep Forest” compact disc after 3 minutes in a microwave.

Afro 1 “This ferment came to the forefront and made itself heard in its own right; and, through the molecular material thus wrought, it made audible the nonsonorous forces of the cosmos that have always agitated music – a bit of Time in the pure state, a grain of absolute intensity . . .” (Deleuze/Guattari)

Afro 2 is a tribute to the music of Fela Kuti & The Africa ‘70 that is about as cooked as Prince’s guest appearance at James Brown’s Beverly Theatre gig in 1983.

Time with Black Water “. . . the black nothingness, the indeterminate animal in which everything is dissolved – but also the white nothingness, the once more calm surface upon which float unconnected determinations like scattered members: a head without a neck, an arm without a shoulder, eyes without brows.” (Deleuze)

Remember what we Said “As Deligny says, it should be borne in mind that these lines mean nothing. It is an affair of cartography. They compose us, as they compose our map. They transform themselves and may even cross over into one another. Rhizome.” (Deleuze/Guattari)

I hold the Lion’s Paw
Whenever I dance.

I know the ecstasy of the falcon’s wings
When they make love against the sky,

And the sun and moon
Sometimes argue over
Who will tuck me in at night.

If you think I am having more fun
than anyone on this planet
You are absolutely correct.
- Hafez

ARIA nominated trumpeter, composer, improviser and producer specialising in cross-genre, cross-cultural and multidisciplinary collaboration. With a sound that is both singular and eclectic, he is widely acclaimed for his artistic vision and ability to bring people together. ... more